TrapNZ helps volunteers to record and understand predator control and biodiversity data. TrapNZ is a free website and phone app.

After our first records for Duntulm Farm were lost, we decided to use an external system instead of our excel spreadsheet with imperfect backup. I love looking at the totals (over 1300 predators in 124 traps) and seeing what effect we’ve had on predator numbers. Data helps determine what mix of traps to buy as we expand the project along more tracks in our piece of bush. We can also clearly see when to rebait, regas or maintain traps. We’ve just started adding trailcam observations. The next stage for us is to establish more monitoring lines and do regular bird counts. The TrapNZ app works offline, allowing data to be updated in the bush, including optional photos.

Who uses TrapNZ in the Wairarapa?

There are only about 24 sites ranging in size from small single properties to large areas over many properties such as Predator Free Martinborough. I’d like to see every settlement, every reserve and every farm be part of TrapNZ so we can achieve Predator-Free Wairarapa, involving locals of all ages in our very own Fight for the Wild! In Wellington City there are so many groups that all the suburbs are covered by interlocking projects.

Can I keep the data private?

Yes, data-sharing is up to the individual project.

You can be part of many projects, edit one, volunteer at another and so on. As well as our own 250ha, I trap and observe on Taputeranga Island in Wellington, as an excuse for kayaking out to an absolute gem of a place with a growing number of lizards and sea birds.

Is it just about predators?

No, you can record bird counts, tracking tunnels with inky footprints, chew cards and more. Improvements are constantly being made.

Projects can include long or short term volunteers and people can be allocated to particular traps or monitoring lines so they can enter their own observations without risking messing up other records.

TrapNZ is free, strongly supported by Predator Free 2050 and well worth using. Find out more at www.trap.nz.

Learn how to start your own Predator Free community at https://predatorfreenz.org/get-involved.

Celia is Biodiversity Manager for Duntulm Farm in the Mangatārere Valley, a new WaiP2K forum member and on the Board of Predator-Free Wellington.

Raukawa gecko – one of the reasons we do predator control 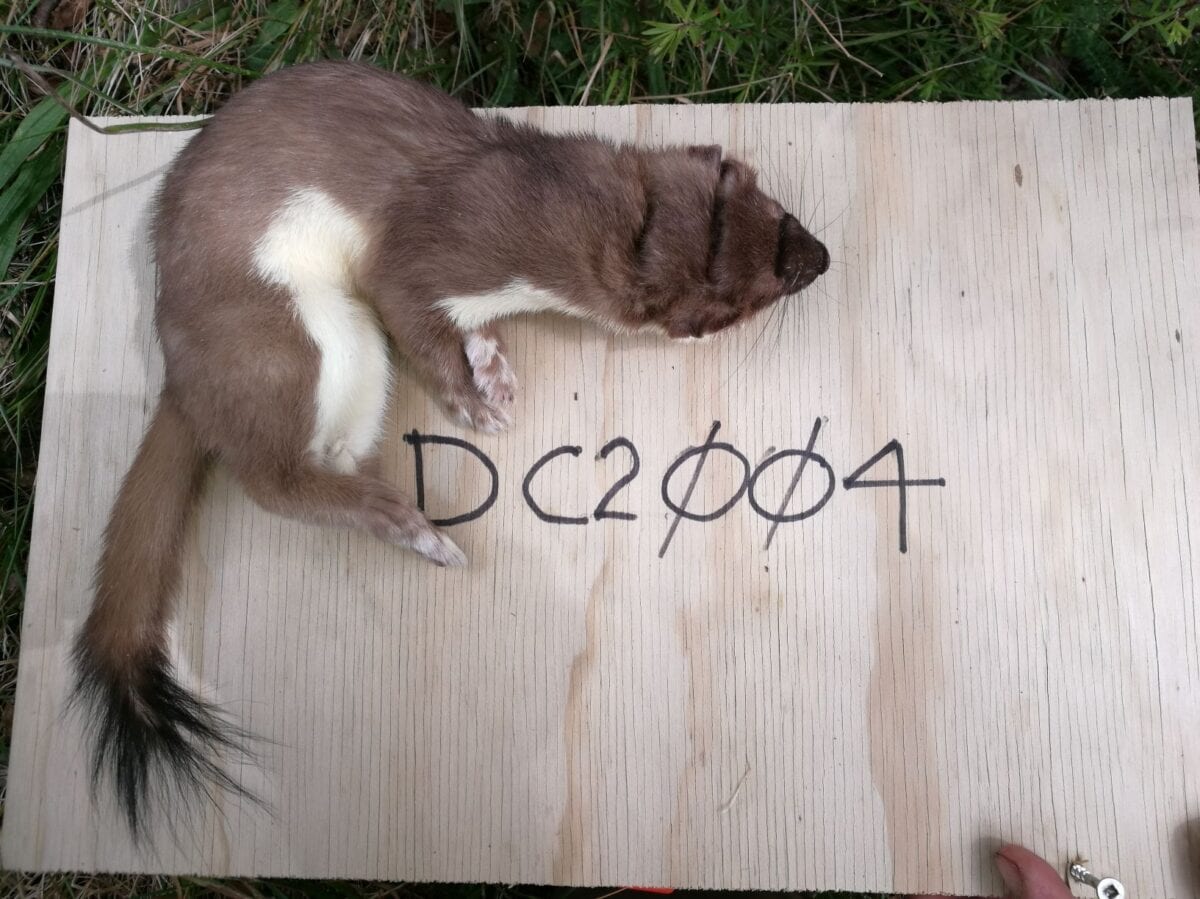 Stoat caught in a DoC200 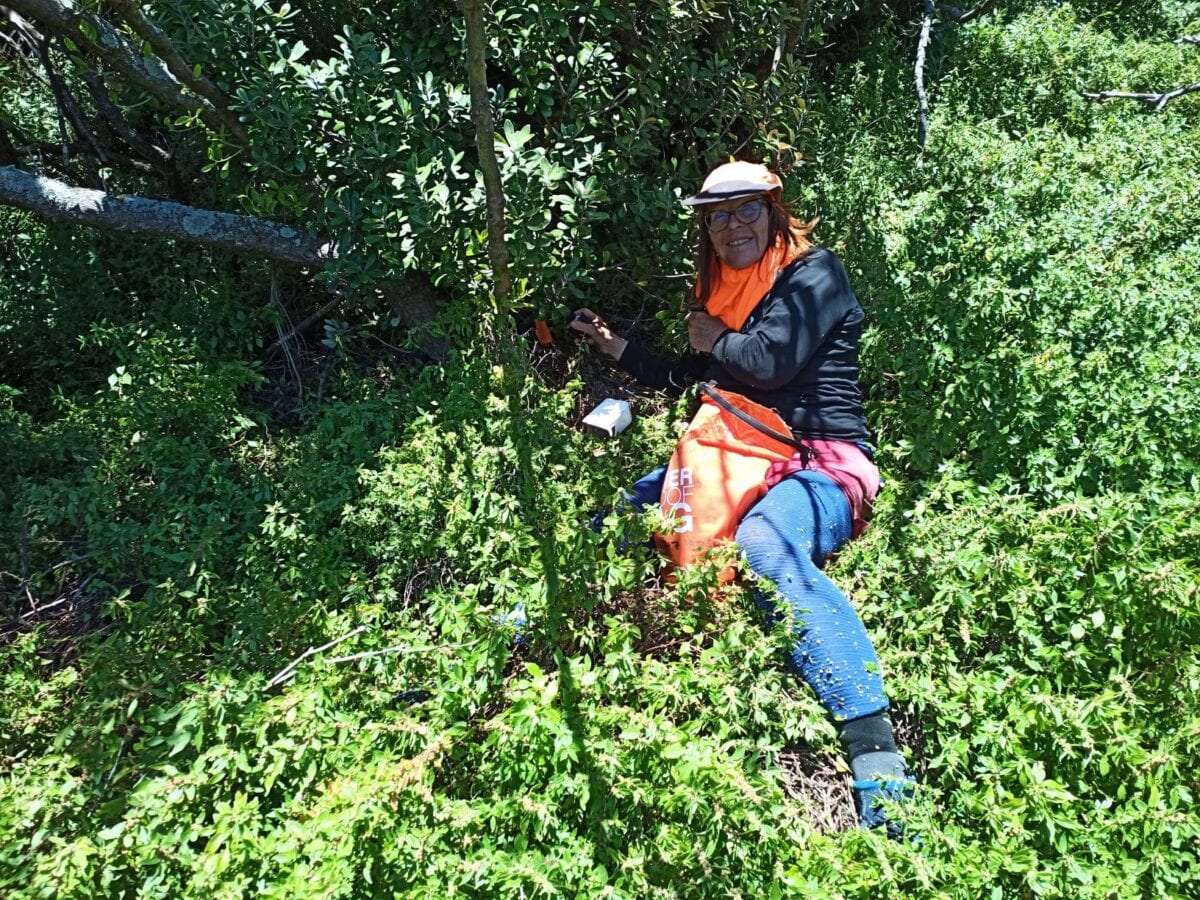 Celia installing a GoodNature A24 on Taputeranga Island